From iPhones to Ironworkers: Why American Manufacturing Matters in the U.S. 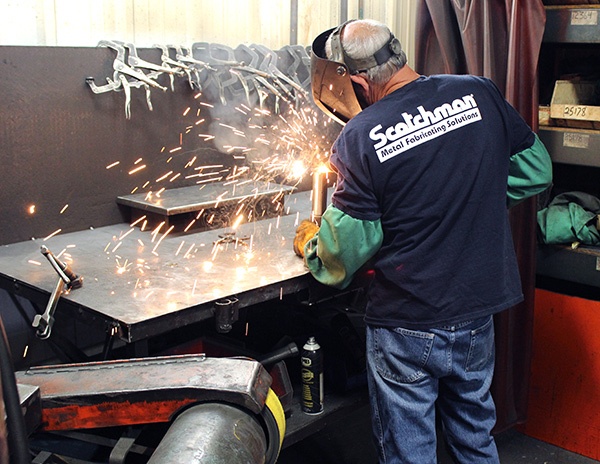 Did you know that for every $1 spent in American manufacturing, another $1.40 is added to the U.S. economy?

Scotchman: Made in America

American manufacturers, including Scotchman Industries, contribute trillions of dollars to the U.S. economy. We are proud to produce metal working tools that are Made in America.

We manufacture hydraulic ironworkers and circular cold saws at our factory headquarters located in small town, Philip, S.D., population of 779.

Our facility encompasses 120,000 square feet of manufacturing space and employs 75 people with a network of over 500 distributors nationwide.

iPhones and Ironworkers: Why is American Manufacturing Important?

The popular devices are designed in Cupertino, California but assembled in China. If you have an iPhone, simply check the back of it and you can see for yourself.

iPhone sales contribute anywhere from 1/4 to 1/3 of a percentage point to the annualized growth of the U.S. GDP.

But by producing these phones overseas, Apple is outsourcing jobs that could be going to Americans.

Imagine the impact Apple could have on the economy if iPhones were put together in the United States.

Buying our Products is an Investment in the Economy

Scotchman Industries has a direct impact on the U.S. economy. According to the Alliance for American Manufacturing, Americans could create 200,000 new jobs per year if each citizen commits to $64 worth of USA-made purchases.

When you buy an ironworker or cold saw from Scotchman, you’re investing in our economy and decreasing unemployment rates. We could probably save money by manufacturing our products overseas, but we’d rather keep it local & do it here in Philip. 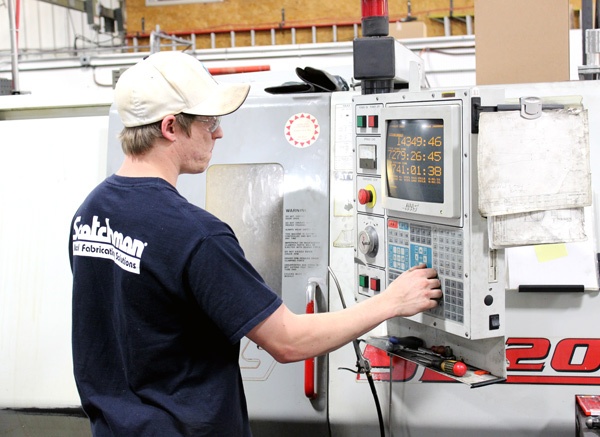 Scotchman is a small family-owned business and it is important for us to give back to our local and national economy whenever possible. We also understand the importance of building manufacturing interest among our American youth. American manufacturing will not survive without their skills in the future labor force.

If you are an educator, help prepare your students for employment in this industry by placing our American-made machines in your high school shop classes.

Investing in Our Economy

When you buy an ironworker or cold saw from Scotchman, you’re investing in our economy and decreasing unemployment rates. We could probably save money by assembling our products overseas.

But we’d rather do so here in Philip, so we can contribute to the local and national economy. We also like to build interest in manufacturing among American youth. If you are an educator, you can help us do that by placing our American-made machines in your high school shop classes around the country.

Since the purchase of the hydraulic ironworker patent in 1967, Scotchman has grown to be a leader in manufacturing and the ironworker has since revolutionized the metal fabrication industry. We’ve invested in the economy and the workforce to a significant degree.

If you’re looking for metal working tools and want to contribute to the U.S. economy, you might be interested in reading about our history as an American manufacturer and the loyal customer base we've built up over the years.